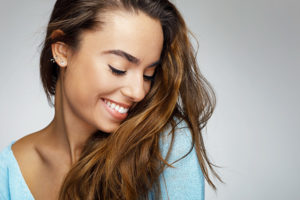 Tooth bleaching, or whitening as dentists prefer to call it, has been around for almost 30 years. From the beginning I had a strong interest in whitening. It was easy for the patient and there was no removal of healthy tooth enamel. Here was a process where just about anyone could conveniently look better at minimal cost with little to no discomfort. Maybe for the first time in dental history we had a dental office procedure that a patient could actually look forward to!

Early versions of whitening involved the patient placing the whitening material, usually a gel, in a custom fitted tray made from an impression in the dental office. The patient would wear the tray either when they slept of for a few hours during the day. The longer they wore the tray the faster they would whiten.

Results, unfortunately, were hit or miss. Sometimes people would get great results. Other times there would be little or no change and both the patient and dentist were disappointed. In addition, as a result of the bleaching material being on the teath, some patients had tooth sensitivity and gum irritation. While the gum irritation was gone an hour or so after the tray was removed, the tooth sensitivity would often persist for up to two days. Some patients reported that it was severe. Not a great road to a beautiful smile!

Next time I will elaborate on other earlier whitening techniques.

Comments Off on Would You Like A Whiter Smile?

Sorry, the comment form is closed at this time.